Liam went to the doctor yesterday for his 18 month well-check.Â  Developmentally everything’s on track and he’s following the same growth patterns he’s always had.Â  He’s perfect (of course).Â  Here are his stats:

This drought’s been hard on more than just shrubbery…

Let me help you clean the tires, Dad:

Those tires are really dirty!

I’m finished with this, it’s time to clean up!

You thought you were going to use this hose, didn’t you Dad…?

Putting the Father’s Day Stepping Stone in the yard:

I’d love to help Ma, but I’ve got these two sacks…

No, I don’t want to have my diaper changed!

I guess that wasn’t too bad…

For the last week or so, after being put to bed between 7:30 and 8:00, Liam has been making noise in his room until around 9:00 (or later).Â  By making noise I don’t mean crying or talking (or snoring, for sure), I mean putting his legs between the slats on his crib and stomping against the wall in such a way that it sounds like the world might, in fact, be coming to an end.Â  Any minute.Â  Seriously.Â  I’ve also been nervous about him knocking the picture above his bed off the wall and onto his face.Â  Tonight Matt finally had to go in there after putting him down (until tonight we’ve been trying the “ignoring” approach, with absolutely no success).Â  The end result is that Liam’s crib is now at least a foot off the wall.Â  I think this works well because his room is so spacious and I’ve been trying to figure out how to make it more cozy…

Goose Egg: The Reason The Internet Is Not The Best Parenting Resource

Liam just dove headfirst into his rocking chair.Â  He cried for about 2 minutes, refused to let me put ice on it and is immensely enjoying (from what I can tell–he certainly looks like Linus) my injury-induced leniency with the well-established no-paci-or-woobie-until-bedtime rule.Â  He’s got a pretty good knot with what looks to be a slight fabric burn from the resulting slide down the side of the chair, but other than that he appears fine.Â  He’s faring much better than I am at the moment.Â  When researching what to do about a head bump I came across the following list from the AAP that apparently indicates a problem worthy of a hospital visit:

At least I read that although doctors routinely used to tell parents to keep children awake (even if it was their normal bedtime or naptime) they don’t do this anymore.Â  The new advice is to look in on him every two hours.Â  This should be fun.

I just found out that Sesame Street has short online clips (the ones we watched were about 1:12) that feature shorts on different topics (I chose numbers).Â  I put one on the laptop and was able to cut both Liam’s fingernails and his toenails.Â  Magic. 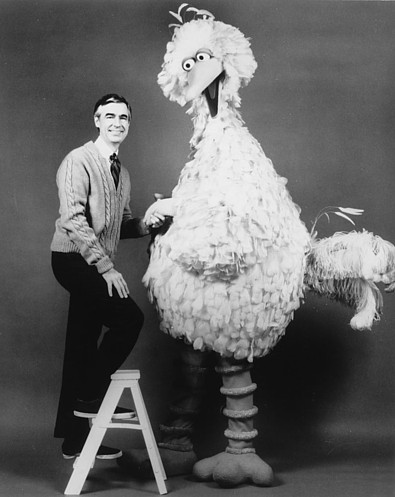 (For the record: we’re still not watching TV with Liam but the intensity with which he paid attention to the short clips on numbers is both the reason why I don’t want him to watch and the reason why he probably will start watching much sooner than I’d like.Â  Sigh.)

I just watched Liam eat half of a giant log of goat cheese for a snack.Â  I really shouldn’t have allowed him to eat that much (he’ll never eat his dinner) but it was so impressive that I just sat there with my mouth open.

In the last 24 hours Liam has learned how to open the recycling bins and the refrigerator.Â  There are two (quite) possible outcomes:

1) We end up “recycling” (and by recyling I mean throwing away) a fair number of Liam’s toys.

2) We end up with a refrigerator full of spoiled food.

No fewer than 6 times in the past hour I’ve heard Liam yelling (very insistently) “stucka, stucka, stucka!”Â  Turns out that he not only knows what stuck means but how to say it (sort of).Â  Each time I’ve found him with his finger stuck in a small hole in the foot brake on our running stroller.Â  This appears to be an uncomfortable thing for him, but not uncomfortable enough to keep him from doing it over and over.Â  So much for that genius theory I had working for a little while…

For those who don’t know, we just got back from a weekend visiting Gillian in Boston.Â  About 20 minutes before we left a huge oak tree fell across our neighbor’s yard.Â  It was sunny and beautiful, no wind, no nothin’.Â  I guess it’s time to start having those oak-tree-falls-through-our-roof-and-kills-us-in-our-sleep panic attacks again.Â  Amazingly it didn’t hit anyone’s house, or anyone’s car, or take down any powerlines, and according to our neighbor narrowly missed a runner.Â  It even missed the mailbox and satellite dish in the yard where it fell.Â  Here are some pictures:

(there’s a whole house back there!)

View of our house from the base of the tree:

Looking up the street (that’s our mailbox on the right):

After that excitement we left for the airport where the following conversation took place (in several parts, starting on the way in the car):

Shannon:Â  You do have the confirmation numbers for our flight, right?

(at the kiosk at the airport)

(in line for manual check-in, after standing in the same place for approximately 10 minutes)

Matt:Â  I’m going to call my dad and get the confirmation number.Â  (calls Jim and after several tries gets the number written down and turns to the kiosk which happens to be right next to where we are standing in line to try again)

Finally, we got to Boston and Gillian met us at the airport.Â  We had a fantastic dinner at a local restaurant and went to bed to ready ourselves for the busy day ahead.

Gillian and Matt (and hotdogs) are awesome:

And they have the shirts to prove it:

We started the morning with a fantastic breakfast at a local restaurant in JP (Jamaica Plain), ate our faces off, and were off to take pictures in front of Gillian’s local library branch:

Gillian would like you to know that her name starts with a “C”:

Then we were off to the Isabella Stewart Gardner Museum to get some culture (no pictures allowed inside, as enforced by some very severe-looking guards so we took a picture from across the street). That is not a guard with her arms outstretched, just some random passerby:

Then we walked through a park where we saw some of the (many) fowl with which Gillian is currently obsessed:

Those who know me know that I was thrilled to be this close to geese, babies or no babies:

Next we headed to a rose garden:

We missed our baby, but everywhere you go there’s a giant baby head with a cheek to pinch, so that was comforting:

Next we went to see where Gillian works and eventually headed back to her place to collect our things and take the train to our hotel to check in and get ready for the evening.

After we checked in, settled in, and showered we met my freshman-year college roommate and her husband for drinks.

Sarah, Shannon, and all 14 of Shannon’s chins:

We hung out for a couple of hours and then said our goodbyes and headed off for dinner in the North End.Â  We ate at a fantastic little Italian seafood restaurant with about 6 tables and an hour wait.Â  It was worth every minute and I had the best alfredo of my life.Â  After that we headed back to the hotel for a little relaxation and a good night’s sleep:

The next morning we met at 10:30 with the intention of getting tickets for a park service tour of part of the Freedom Trail, but when we got there it turned out that they’d changed the times without updating the website, so we went to one of the three Dunkin’ Donuts we passed in the half mile between our hotel and the park service office and ate Boston “Kreme” donuts in Boston.Â  Next we headed to the Granary Burial Ground, which was conveniently across the street from our hotel.

Next we headed over to Boston Common:

Boston loves a man on a horse:

Next we headed over to the water:

After a quick rest we grabbed some lunch and went back to the park service office to try again for a tour (this time successfully).Â  After we got the tickets we had thirty minutes to burn and Matt and Gillian got iced coffee at Dunkin’ Donuts.Â  While we were inside we saw where Matt would park if he lived in Boston:

Then were off on our tour.Â  Here are some highlights:

Supposed site of the Boston “Massacre:”

Again, Boston loves a man on a horse:

After a quick trek through Quincy Market we headed back to the hotel to collect our bags and hit the T towards the airport.Â  Before we actually made it home we took the wrong shuttle bus, waited in a ridiculous security line, waited on the plane forever while AirTran tried (and eventually succeeded in) bribing someone to get an overbooked passenger on our flight.Â  After about 6 total hours of travel, we finally made it home to see that everything was exactly how we left it (including the tree in the neighbor’s yard, which was removed today).Â  A good time was had by all.

Liam loves the new floor register in the kitchen.Â  He shows this love by removing said floor register from its spot and throwing his bristle blocks down the hole.Â  Oy vey.